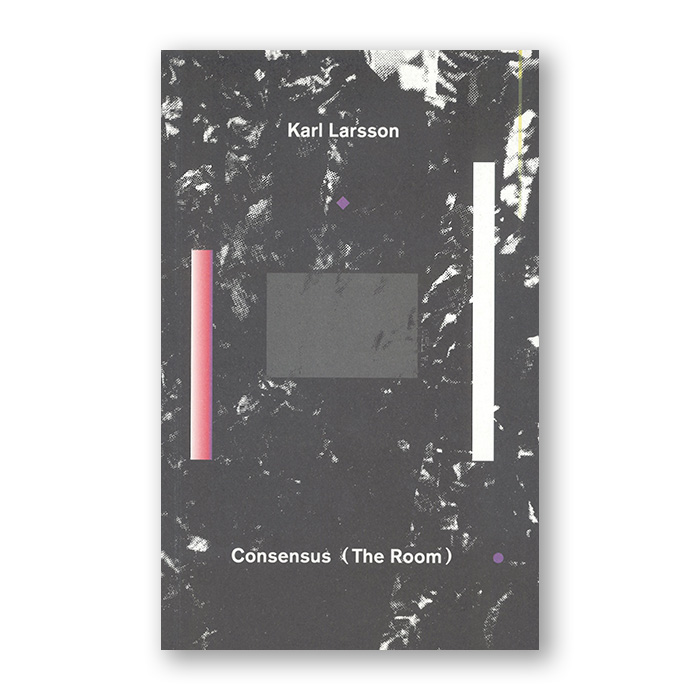 Consensus (The Room) is a theater play in two acts that may not be designed to be performed. Characters, props and places don’t follow each other but they look alike. They don’t communicate. They remain stubborn, or stupid—as if they were blind to their destinies, content with hearing voices.
The scene gives room for writing; the stage gives way to the text. Words are to be handled and exchanged, the same way money circulates, glasses are filled up and emptied out, wars are remembered, and phones call on ghosts.
Published in conjunction with Karl Larsson’s shows R,A,I,N (Consensus) at Signal, Malmö, and P∞L (Consensus) at castillo/corrales, Paris, in 2012-2013.
Karl Larsson (born in 1977) is a Swedish artist and poet. His diversity of positions coalesce in an artistic practice that can be described as both editorial and literary, but that differs from writing in a conventional sense. His work focuses on the experience of space and the materiality of words, and explores the correspondence phenomena, more specifically the “para-artistic”– that which takes place alongside the work of art itself, but is necessary to its functionality and its potency. Karl Larsson is currently based in Berlin.