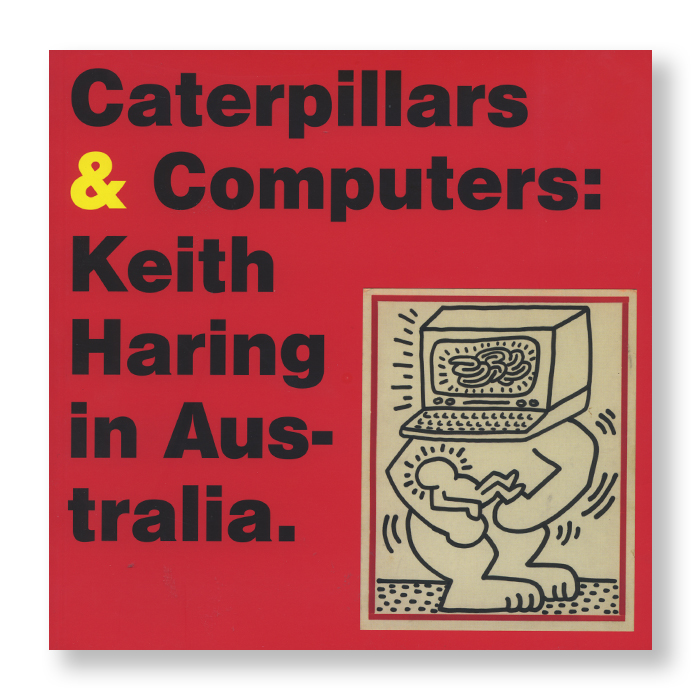 “Keith Haring’s visit to Australia, from 18 February to 8 March 1984, is still regarded with surprise. That an international art superstar should make it to our shores during his meteoric rise to fame — let alone undertake a series of public works here — is amazing. Haring was already a celebrated artist of the 1980s’ New York art scene by the time John Buckley, inaugural director of the Australian Centre for Contemporary Art (ACCA), invited him to travel to Melbourne to undertake a series of public projects for ACCA and to speak with art media, including Ashley Crawford of Tension magazine and Paul Taylor of Art & Text magazine…” Juliana Engberg.