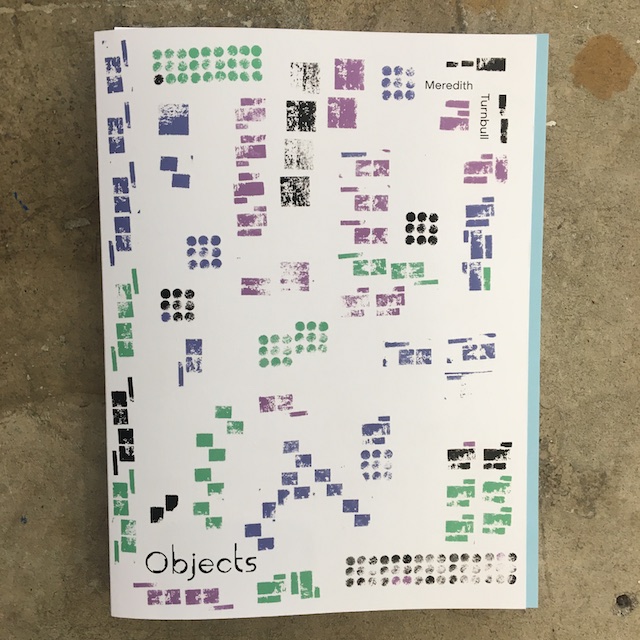 Objects by Meredith Turnbull, is a survey publication of 14 years of photographs of Meredith’s constructed tableaux. Since the mid 90s Meredith has been making and photographing objects and began exhibiting these artworks publicly in 2005. Her photographs of the objects that she has constructed, and the environments she creates for these objects, offer a unique investigation into her ongoing interests in mis-en-scene for object-things, tableaux, still life, and the relationship between sculpture, images and the body. Objects explores Meredith’s unique combined approach to sculpture, photography, craft and display though notions such as excess, embellishment, adornment and décor.