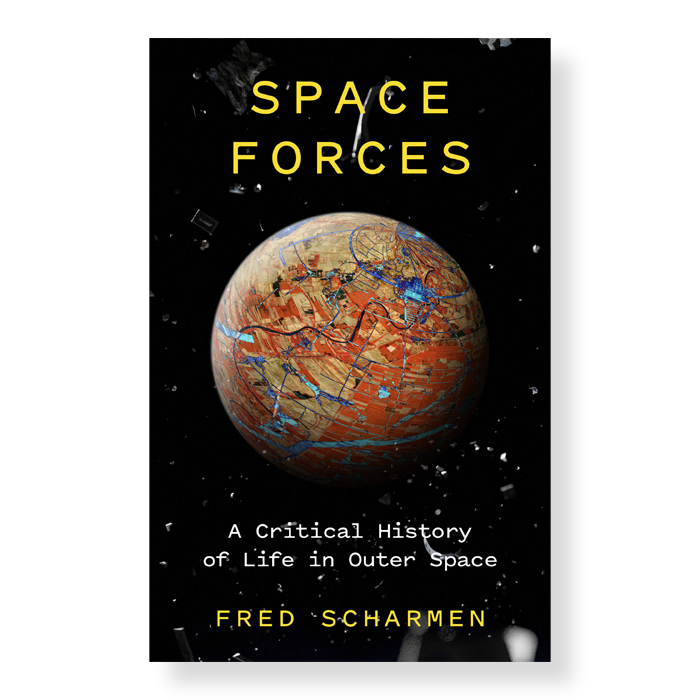 A Critical History of Life in Outer Space

Many societies have imagined going to live in space. What they want to do once they get up there – whether conquering the unknown, establishing space ‘colonies,’ privatising the moon’s resources – reveals more than expected. In this fascinating radical history of space exploration, Fred Scharmen shows that often science and fiction have combined in the imagined dreams of life in outer space, but these visions have real implications for life back on earth.
For the Russian Cosmists of the 1890s space was a place to pursue human perfection away from the Earth. For others, such as Wernher Von Braun, it was an engineering task that combined, in the Space Race, the Cold War, and during World War II, with destructive geopolitics. Arthur C Clark in his speculative books offered an alternative vision of wonder that is indifferent to human interaction. Meanwhile NASA planned and managed the space station like an earthbound corporation. Today, the market has arrived into outer space and exploration is the plaything of superrich technology billionaires, who plan to privatise the mineral wealth for themselves. Are other worlds really possible?

Bringing these figures and ideas together reveals a completely different story of our relationship with outer space, as well as the dangers of our current direction of extractive capitalism and colonisation.