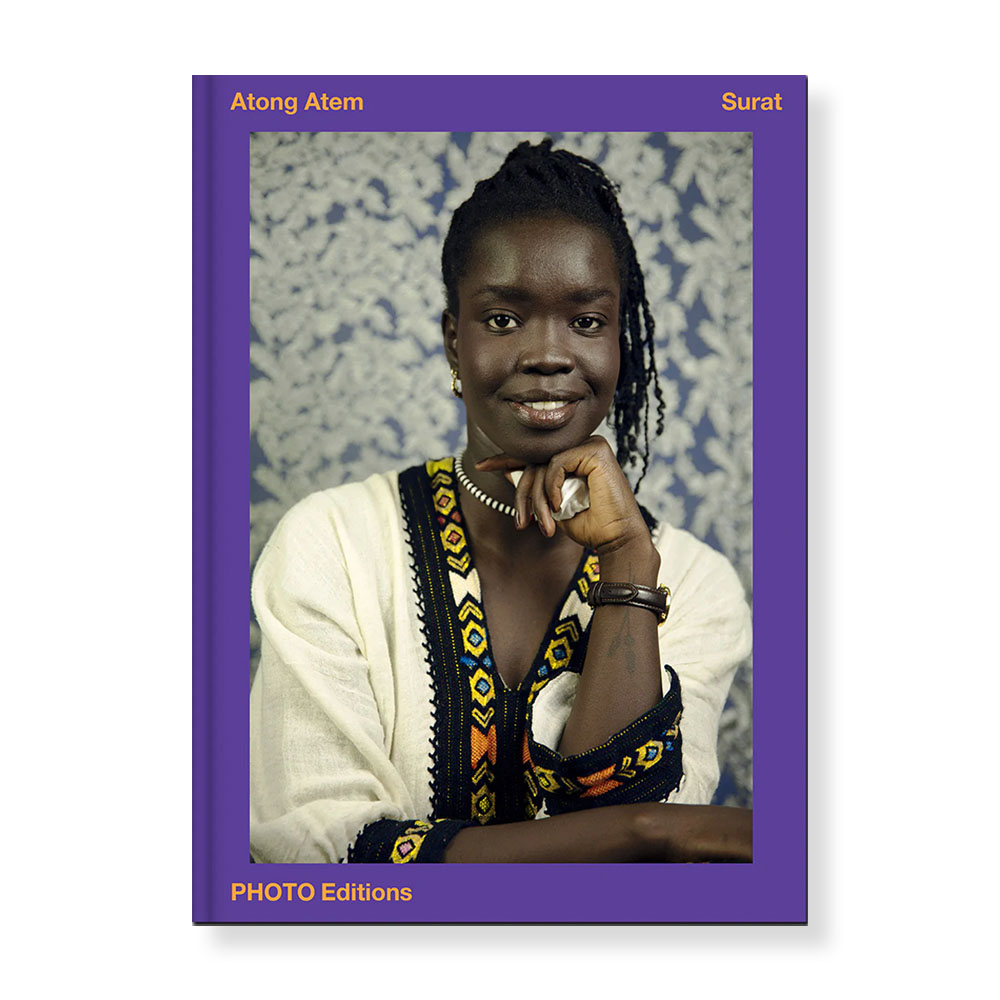 We have few things that travel continents with us as familial practises. We have recipes and textiles, crocheted doilies and Majok beads, and we have photo albums. Some faces in our photographs are drawn over with a marker, some cut out entirely. Some photos are much, much older than me, others were printed from an iPhone. Photos are gestures, examples of culture in flux. – Atong Atem

Surat is the first photobook by South Sudanese / Australian artist Atong Atem and the second in the PHOTO Editions series, co-published by Photo Australia and Perimeter Editions.

Commissioned by Photo Australia for PHOTO 2022 International Festival of Photography, Surat (which translates from Sudanese Arabic as ‘snapshots’) is a homage to family photos and the characters within them. Working on the series throughout 2021, Atem revisited her family photo albums, which span decades and continents, restaging and reimagining the scenes and players they depict.

The resulting book is a series of performances as self portraits, documenting the act of photographing and being photographed, framing and being framed. It is a performative depiction of photography, utilising the repetition of dressing, sitting, posing, changing, testing, adjusting and capturing that is so often implicit in the medium.

But beyond this, Surat is a celebration of the visual language of family photographs and photography as an extension of our oral traditions. ‘We sing songs to tell history and we dress up and sit for photographs to mythologise our histories,’ says Atem. This body of work honours the Dinka tradition of record-keeping and archiving as an intimate cultural practice.

For Atem, the book is also about movement, both geographic and historic. As she explains, ‘It’s about South Sudan, so-called Australia and everywhere else in between that I’ve rested my head to dream about my people – or rather, the depictions of people I don’t know but am connected to through photographs.’

Atong Atem is an Ethiopian-born, South Sudanese artist and writer living in Narrm / Melbourne. Atem’s photographic practice explores migrant narratives, postcolonial practices in the African diaspora, and concepts of identity, home, and liminal space. Her dynamic portraiture references widely, from Malick Sidibe and Seydou Keita to science fiction writer Octavia Butler. She was awarded the inaugural National Gallery of Victoria and MECCA M-Power scholarship in 2018 and the Brisbane Powerhouse Melt Portrait Prize in 2017.