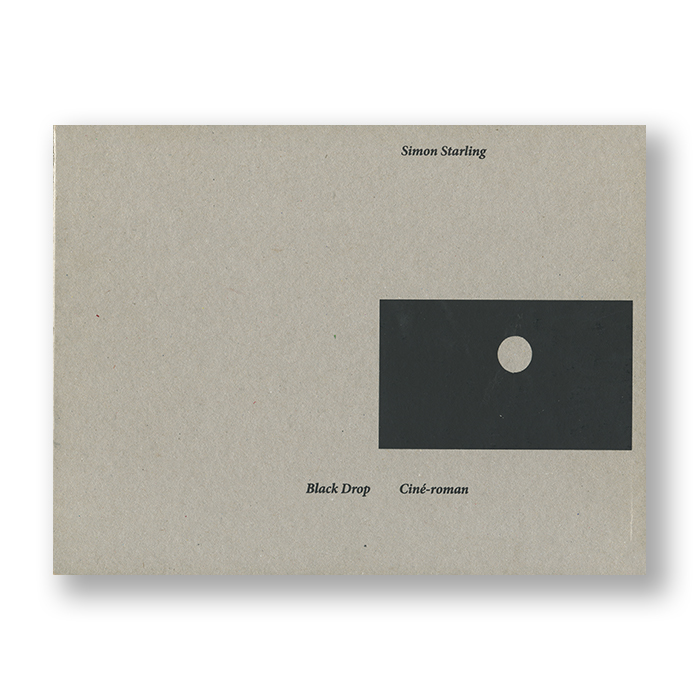 In the summer of 2012, Simon Starling presented Black Drop, a film about the transit of Venus observations and their relationship to early cinema. Starting from the idea that the 2012 transit may be the last to be recorded on celluloid (the next transit will occur in 2117), Black Drop tracks the development of the innovative ‘photographic revolver’, a device designed to counter human error in timing the crucial moments of Venus’ contact with the edge of the sun. Together with a small film crew, Starling travelled to Hawaii and Tahiti to observe and film the 2012 transit of Venus, visiting the sites of previous observations and photo-documentation. The recording of the event formed the basis for the production of a film about the relationship between the transit of Venus and the history of cinema, as framed by the parenthesis formed by the 1874 and 2012 transits. The book is a ciné-roman on the film project. It includes a shot-by-shot account of the film with the voiceover as accompanying subtitles. It tells the story of the relationship between astronomy, photography and the beginnings of moving-image technology, together with echoes of epic voyages and vast distances.

Please note: the book is slightly worn and has been discounted accordingly.