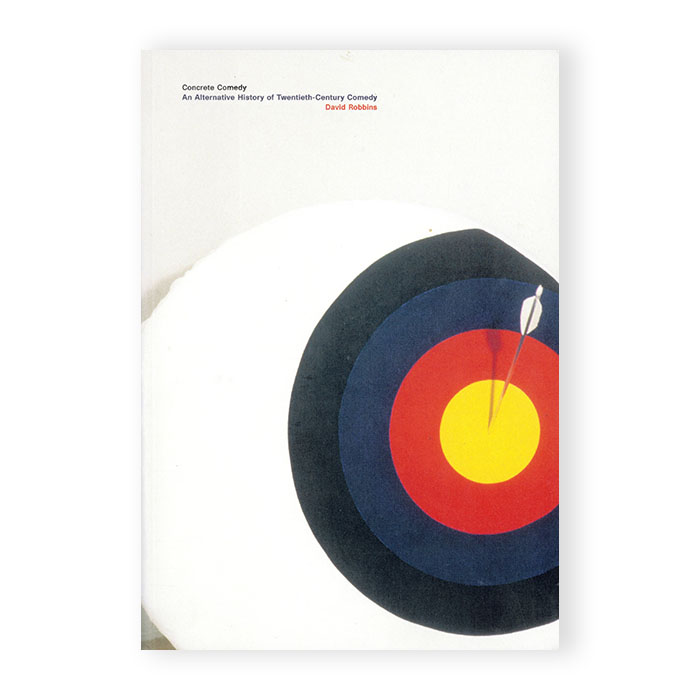 An Alternative History of Twentieth-Century Comedy

Traditionally, histories of comedy have concerned the verbal, narrative, illusionistic comedy presented on stage or screen, or in broadcast media. During the twentieth century, however, there emerged in Europe and America another, alternative form of comedy, a comedy of doing rather than saying, a nonfiction comedy which yielded prop-like conceptual objects and gestures of public theater.

Termed “concrete comedy” by David Robbins, its origins date from around 1915, with the work of Karl Valentin, a German comedian of stage and screen who also made comic objects, and Marcel Duchamp, who used the art context as a site for comedy. The materialist comedy of which they were early representatives eventually comprised not only objects and gestures but, as well, anti-illusionist manifestations of comic persona within performance media such as film and television.

The book is organized by themes which integrate works created by visual artists (Manzoni, Warhol, Cattelan, Kippenberger, among others), entertainers (Albert Brooks, Andy Kaufman, Robert Benchley), musicians (The Ramones, The Replacements), couturiers (from Chanel to Viktor & Rolf), architects (SITE Architects), and dozens of other comic imaginations.