Rose Nolan: Why Do We Do The Things We Do IMA Shop 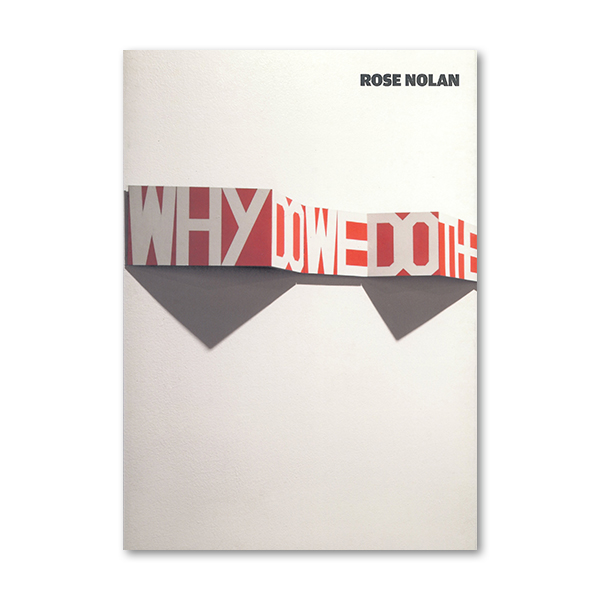 Melbourne artist, Rose Nolan traffics in and complicates forms, codes, and ideals founded in utopian strands of twentieth-century avant-gardism, particularly Russian constructivism. In 2008, she presented two full-gallery exhibitions, at Artspace, Sydney, and the IMA, both titled Why Do We Do The Things We Do. They incorporated works made in the previous six years, including paintings, banners, books, sculptures, photographs, videos, and found objects. The book documents both exhibitions and includes essays by Michael Graf, Ingrid Periz, and Blair French that range across the diversity of Nolan’s practice, reaching back to the early 1980s, and examining rarely discussed areas such as her photography.