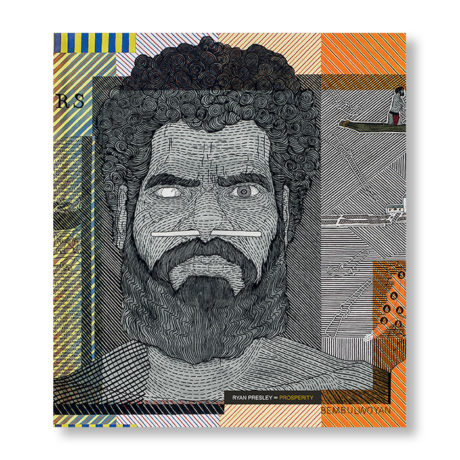 This book presents selected works from Presley’s acclaimed Blood Money series, which presents the heroes and warriors of Indigenous history as figureheads on Australian banknotes, alongside documentation of the recent Prosperity exhibition at the IMA. The hardcover book, edited by Madeleine King, features a chapter by Ryan Presley on the history of the Australian colony’s first currency, the holey dollar, alongside contributions by Tina Baum, Daniel Browning, and Suvendrini Perera that explore different manifestations of currency as a tool of the colonial project.