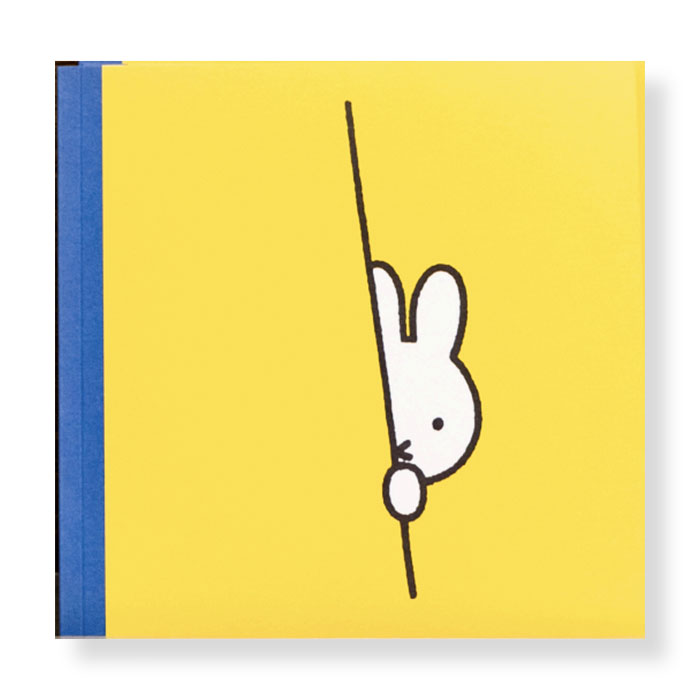 Captivating children and adults alike for over 65 years, the iconic figure of Miffy featured in a major exhibition in Brisbane in 2020 and in Melbourne in 2021, bringing the work of Dutch illustrator Dick Bruna to Australia for the first time. The exhibition placed Miffy alongside the work of seven of Australia’s most exciting contemporary artists— Stephen Bird, Sadie Chandler, Nadia Hernández, Carla McRae, Nell, Brian Robinson, and Vipoo Srivilasa—who find the ideas encapsulated in Bruna’s figure of Miffy as inspiration for their own artistic practice. The catalogue for miffy & friends presents original drawings and illustrations loaned from Dick Bruna’s estate, Mercis bv in Amsterdam, to explore his aesthetic influences and, in turn, how he has influenced generations of artists. While deceptively simple, the character of Miffy is grounded in the ideas of 20th century avant-garde art, reflecting ideas of abstractionism and colour theory. Full colour images of Bruna’s work are featured alongside the works of Australian artists included in the exhibition. These images are accompanied by a curatorial essay exploring the influence of Miffy and her friends on contemporary culture.